If you are looking for something to bake on a cold winters afternoon, you cant go wrong with the wonderfully moist Apple and Cinnamon Loaf Cake. Even better, it is easy to make and this recipe makes two! 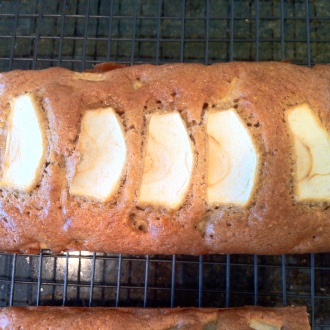 This cake will keep for 3-4 days in a cake tin.
This will freeze for up to 3 months either as a whole cake or in slices layered between strips of baking paper.

Adapted from the original recipe by Mary Berry – dailymail.co.uk